Bactrian camels are the only truly wild camels left in the world. These interesting animals survive in extreme climates and travel great distances.

Let’s learn more about this fascinating two-humped camel! And at the end, try our quiz to test what you’ve learned! 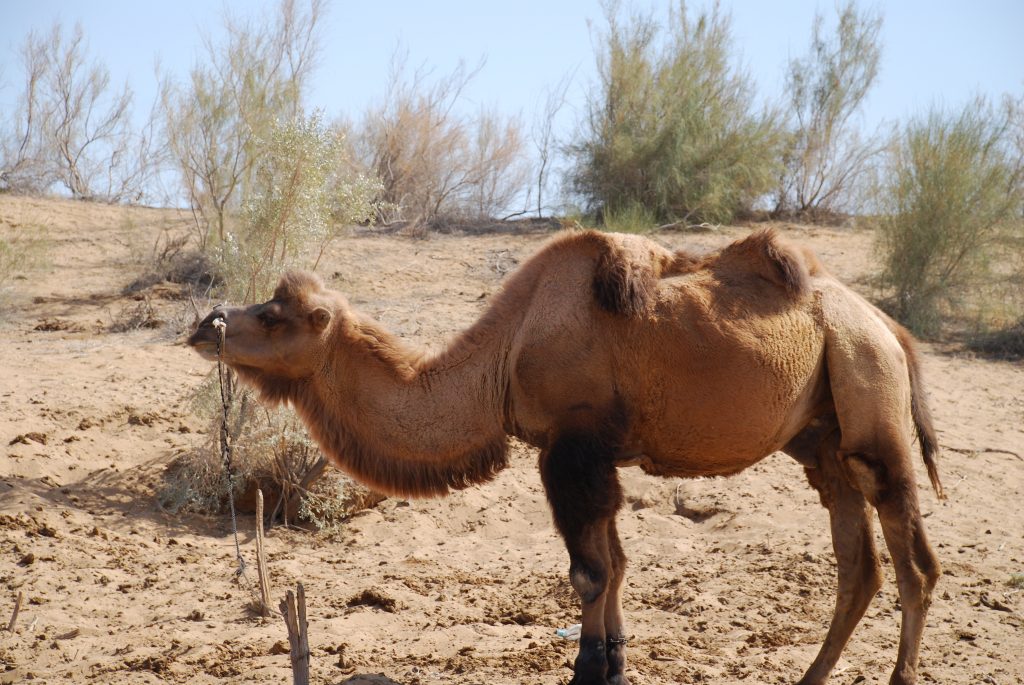 Unlike most camels, they have two humps instead of one. They use these humps to store fat. When other resources are not available, this fat can be used for water and energy.

When Bactrian camels don’t have enough nutrients and the fat is depleted, their humps become flabby and droop to the side.

They have bushy eyebrows and two rows of long eyelashes to help protect their eyes from blowing sand and ice. Their nostrils can also close to keep sand from entering the nose.

Bactrian camels have thick brown or grayish coats that thicken in the winter and shed in the summer. 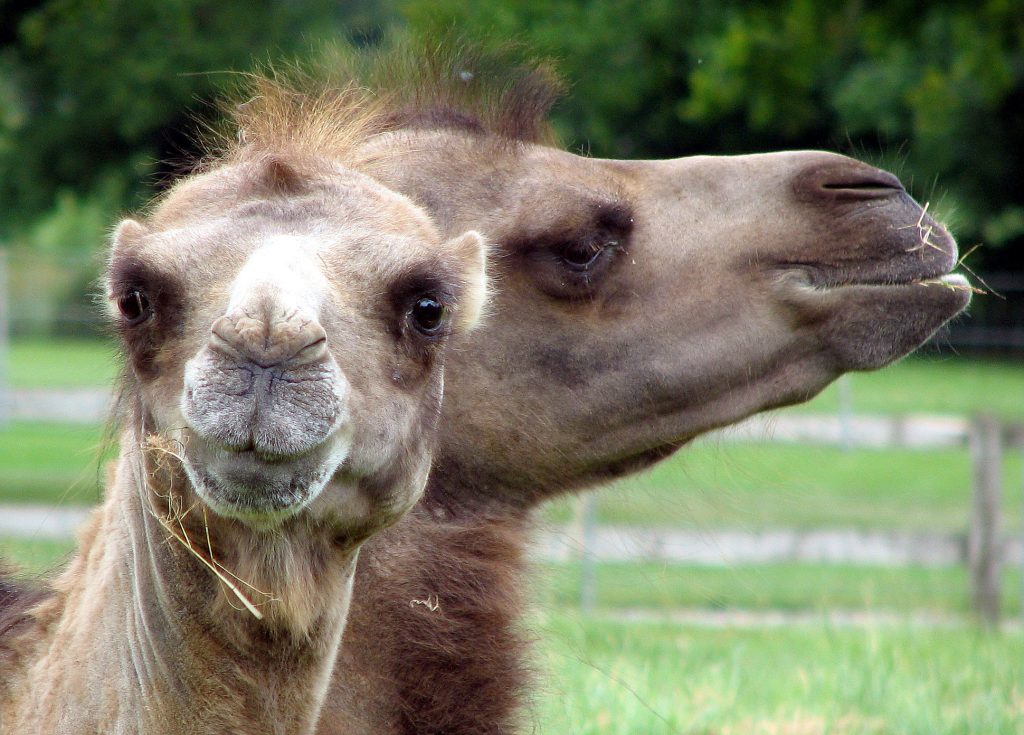 Where do Bactrian camels live?

Wild Bactrian camels live in the rocky deserts of Central and East Asia. Today, they are mostly found in regions of the Gobi and Taklamakan Deserts of Mongolia and Xinjiang, China.

The amount of land occupied by Bactrian camels has decreased steadily for the last 30 years.

What do Bactrian camels eat?

However, they may eat fish if plants are limited. During the winter, they dig and push under the snow in search of food.

Bactrian camels regurgitate their food and chew it a second time before digesting it. For this purpose, their stomachs have three or four separate chambers. 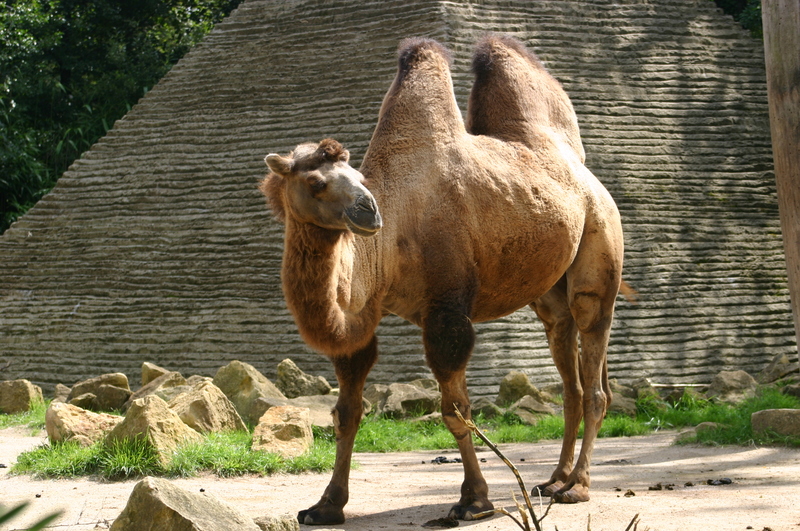 Wild Bactrian camels usually live in herds of 6-20 animals. However, they can be found alone or in groups of up to 30.

Herds spend most of their time moving from place to place and grazing. When multiple herds cross paths, they are peaceful instead of territorial. They may form a much larger assembly of camels.

Most herds include one alpha male and multiple females. Young camels stay with their mothers until they are about five years old. 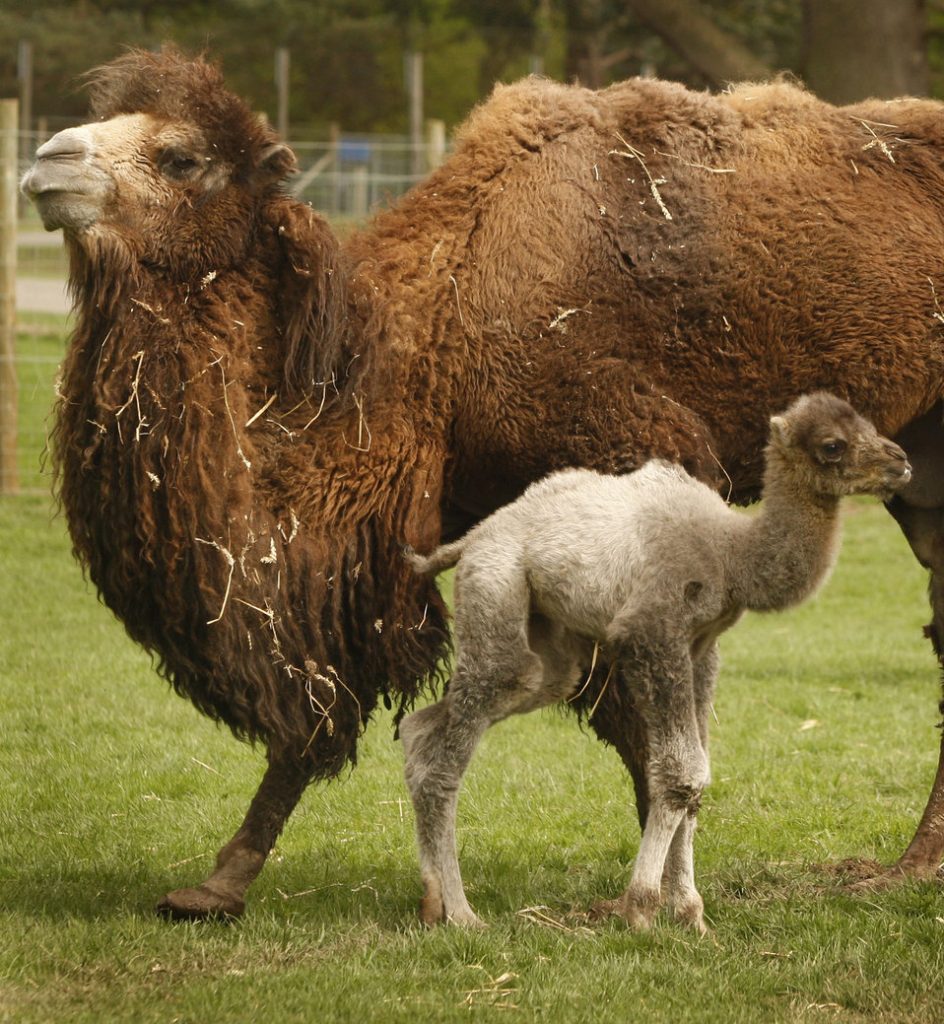 At this point, young males will usually join a group of other young males.

Calves are born at about 80 pounds and can run within just a few hours of birth.

Still, female Bactrian camels form close relationships with their calves and are extremely protective of their young.

Bactrian camels communicate with sounds like squeaks, groans, and moans. Researchers believe that they also send signals with pheromones, which are chemicals from the body.

When male camels want to intimidate other males, they may spit, snort, and slap their tails against their backs. If this doesn’t work, they will fight, bite, and stomp their feet. 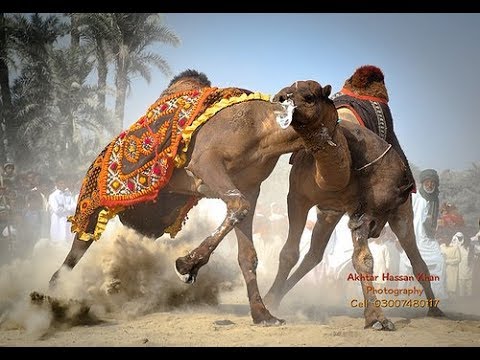 There are 400-600 Bactrian camels remaining in the wild, although some estimate the numbers to be closer to 900. They are threatened by loss of habitat, hunting, and predators such as wolves. 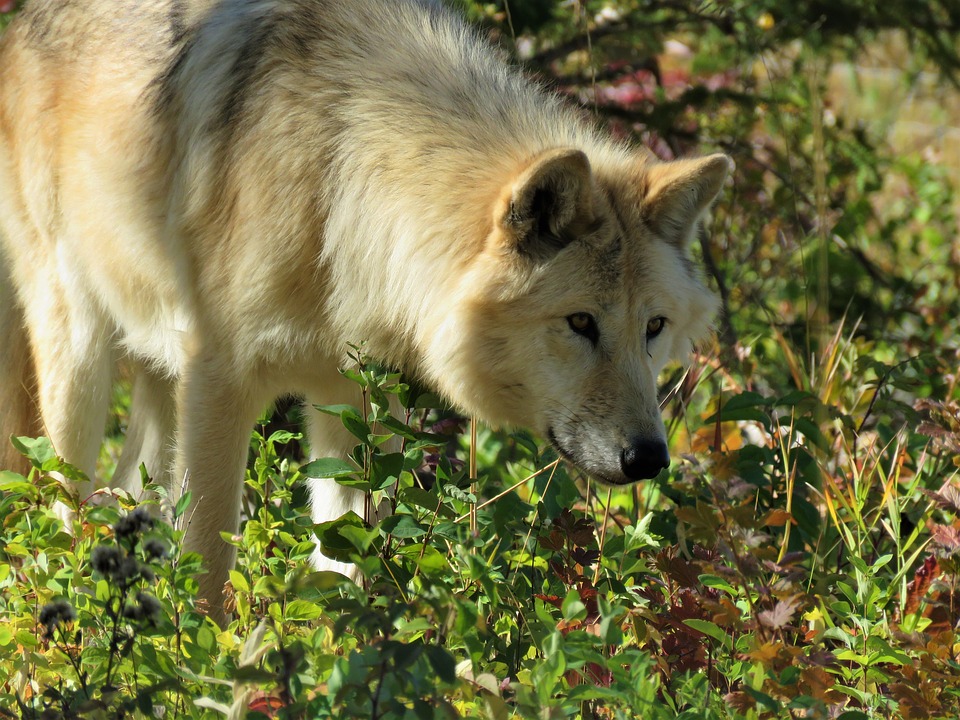 Other Interesting Facts About Bactrian Camels

Bactrian camels can go for months without drinking water. When they finally do consume some water, they can drink around 30 gallons of water in just 13 minutes!

One reason Bactrian camels can save water for so long is that they rarely sweat. 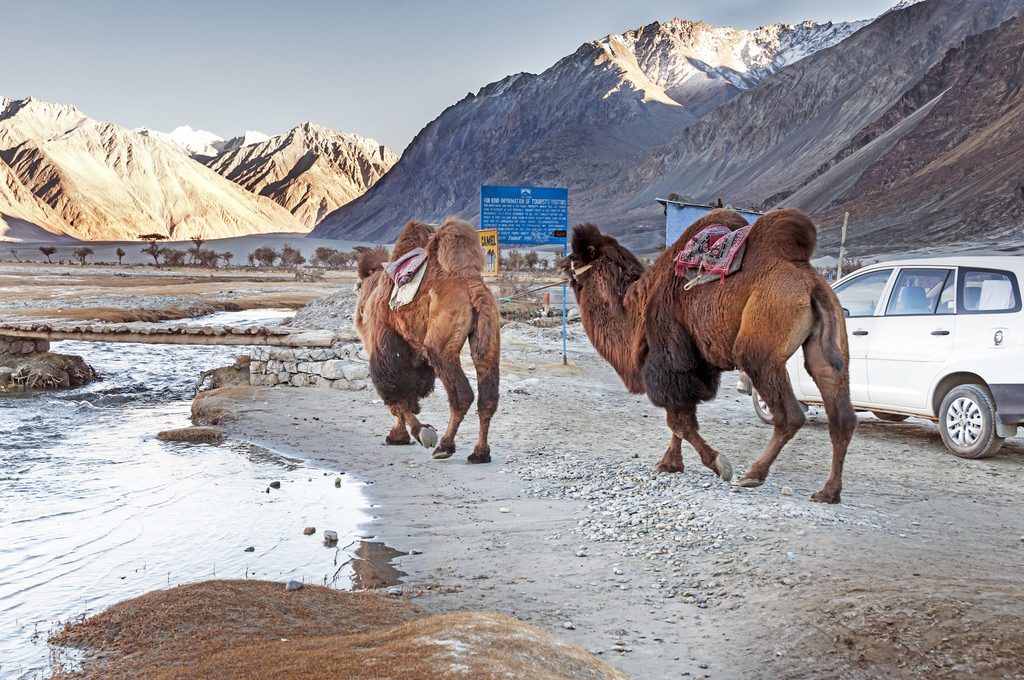 Female Bactrian camels are pregnant for over a year. They usually have 12 calves in a lifetime.

They can run up to 40 miles per hour and are strong swimmers.

There is an estimated decrease of 25-30 wild Bactrian camels a year. However, efforts are being made to establish protected areas for these herds.

Bactrian camels have an extraordinary sense of sight and smell. They can detect smells from almost two miles away.

Bactrian camels can live for up to 50 years.