Alligators are one of the most well-known reptiles in the world; yet, they are also frequently confused for crocodiles. Alligators have a different head shape and color from crocodiles. 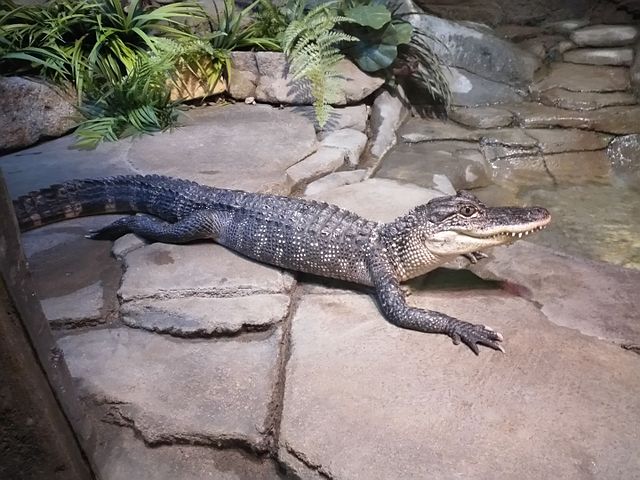 The American alligator enjoys freshwater lakes and slow-moving rivers. While they much prefer freshwater wetlands, they can also be found in brackish water and even rarely in saltwater.

The Chinese alligator is found only in China, along the Yangtze river.

Alligators are large reptiles with long powerful tails. They use their tails to help them swim and to defend themselves. An alligator’s tail is about half of the total length of an alligator. 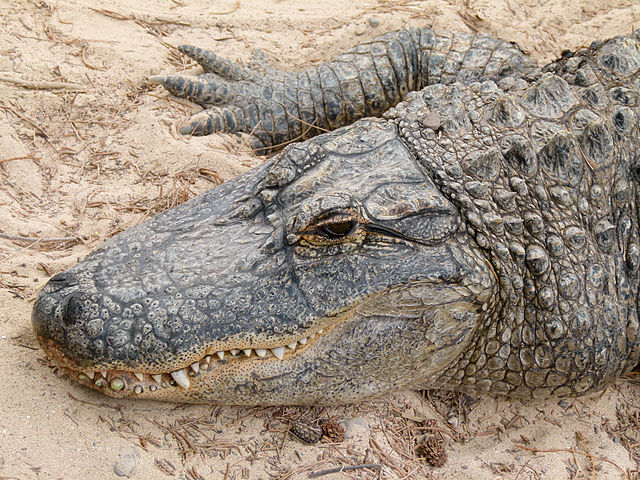 In order to tell the difference between alligators and crocodiles look at the head. An alligator will have a broad head and no visible teeth when the alligator’s jaw is closed. Crocodiles have a narrow snout and visible teeth.

Alligators are generally a blackish color when young and turn more brownish when they mature. They have a lighter underbelly. Alligators rarely are the color of their environment.

While the maximum length of the American alligator is 19 feet, most are between 6 and 12 feet long. Females are smaller than males and rarely grow longer than 10 feet.

The Chinese alligator is smaller than the American, and usually is shorter than 7 feet in length.

Alligators are carnivores and hunt for their food. They eat mostly fish, small mammals, and birds. They will also eat turtles, and other reptiles.

They eat whatever is closest and easiest to catch. They have been known to eat deer or cattle.

Both male and female alligators hiss. Males will also roar.

Alligators are ectothermic or cold blooded. Since they cannot control the temperature of their body, they will often bask in the sun to keep warm.

When the temperature gets too cold, alligators will become dormant. They spend winters in burrows dug into the ground. 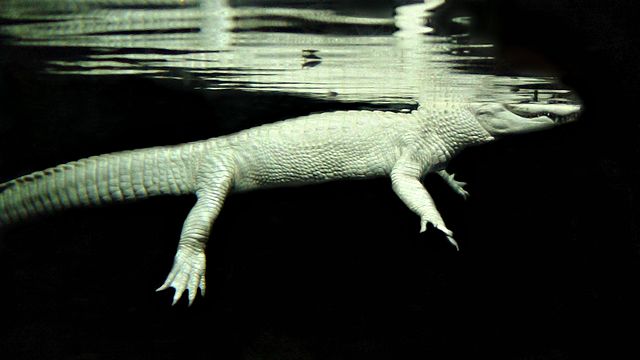 The average lifespan for an alligator is about 50 years in the wild. Some have been recorded to live over 70 years while in captivity.

There are a reported 5 million alligators in the world. About 1.25 million can be found in the state of Florida.

Alligators are born from eggs. The sex of an alligator is determined by the temperature of the egg at the time of hatching. Females are born at 86 degrees and males 93 degrees.

Females will build a nest out of vegetation and soil. They will lay between 32 and 46 eggs in late June or early July. The eggs will hatch in late August or early September. Usually 4 alligators will reach maturity from a single hatching.